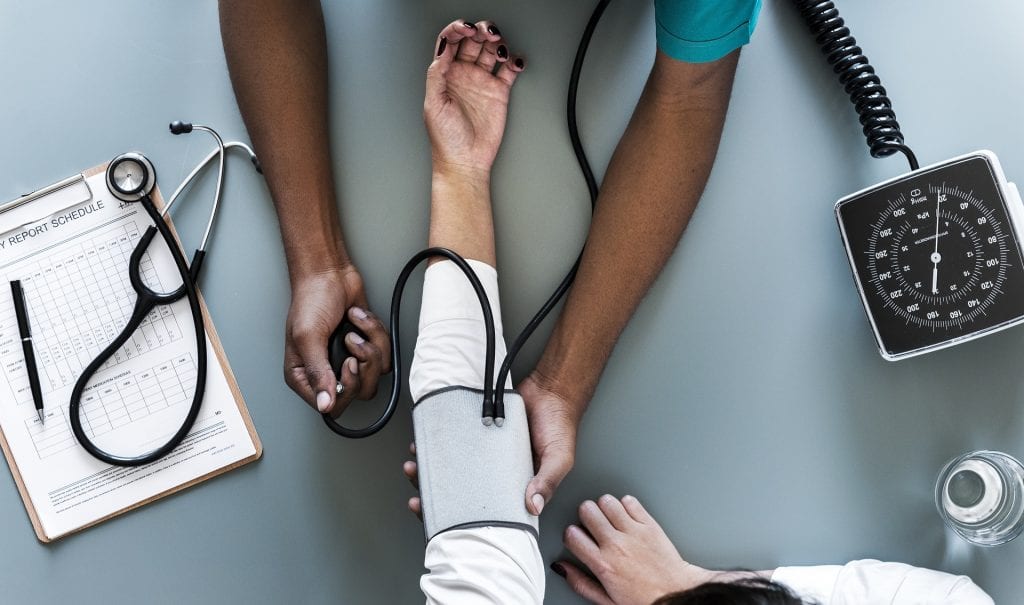 What Happens During a C-Section Pre-Op

By the time you read this post I will have had my baby, but today, at the time of writing this, I had my pre-op. Which if you’re having a planned or elective c-section you will have a few days before the operation.

If you haven’t had a c-section or caesarean before you might wonder what happens during your pre-op. Firstly, it’s really nothing to worry about, the worst thing to worry about is that it is a lot of waiting around. If you have other children, I would highly recommend you ask a friend or relative to look after them. I was warned I could be at the hospital for 3-4 hours. I went prepared with a kindle, a drink and a snack. There is a lot of waiting around, but in the end I was actually only there for a couple of hours which wasn’t too bad.

The hospital do the usual checks you have at every antenatal appointment. Blood pressure, urine, listen to baby’s heartbeat and check position. You also have your height and weight taken for the anaesthetist so they know how much anaesthetic to give you. I also ended up having a quick scan as they were concerned about the baby’s position (he was transverse at the time). You have an appointment with the midwife for all of the above who also talks you through what will happen on the day, tells you when you can have your last drink and food. I was also given some antacids tablets to take the evening and morning before the operation, to reduce stomach acid and sickness during my operation. We talked about any medications I am currently taking and have taken throughout my pregnancy, as well as any concerns I might have.

As I have had to previous bleeds during my previous c-sections, I was also asked to come back 48 hours before my operation to the day assessment unit in order to have my bloods taken in case I needed a transfusion. Hopefully not, but better safe than sorry.

After I had seen the midwife, I then had to wait to see the anaesthetist. I have a bit of a bad history with epidurals so we talked through this and the plan of action to prevent it happening again. As well as the fact I have haemorrhaged before and what I will be given to help prevent that too. Medication often makes me nauseous so we discussed how to prevent that as well. The rest was pretty much standard, again we went over my current medications, I was advised to make sure I brought my asthma inhalers. It was all nothing to worry about. Although I have to admit I was seriously nervous particularly given that I have had things have gone wrong before but both the midwife and anaesthetist set about reassuring me with wouldn’t happen again and the measures they were taking to safeguard my health. I have to admit I will be glad with the day itself is over and my baby is in my arms though.

1 thought on “What Happens During a C-Section Pre-Op”