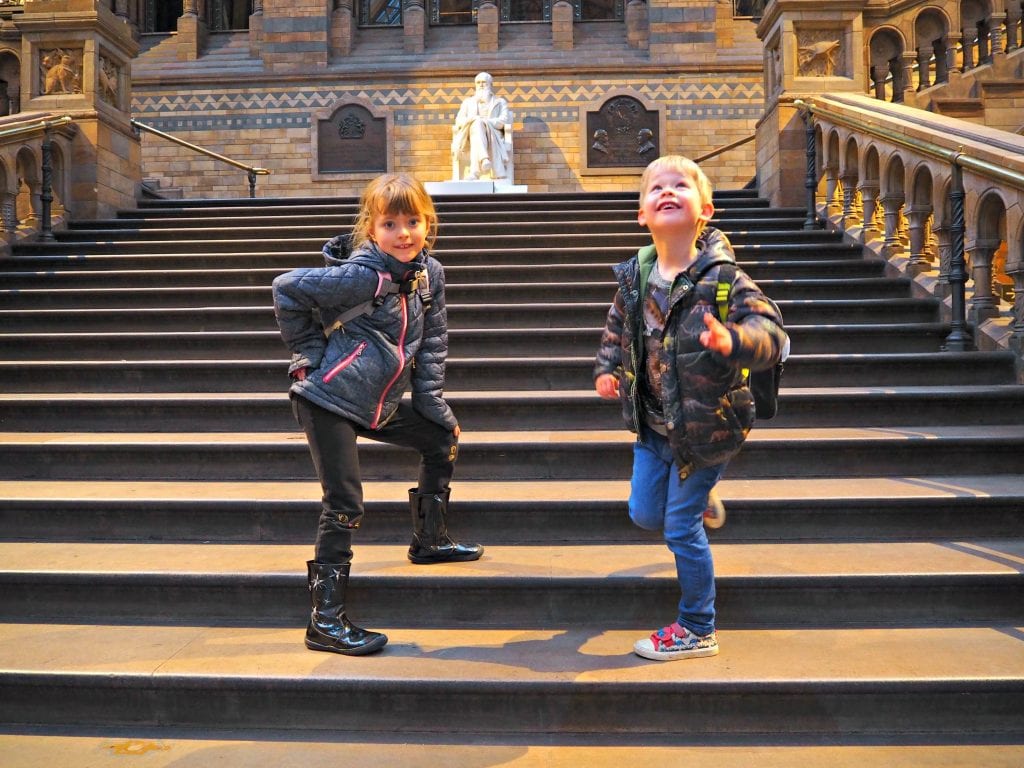 A Night at the Natural History Museum

Last week, we we very excited to be invited to a private viewing of the Dinosaur Gallery at the Natural History Museum. I’ve been meaning to take my son for ages and with just a few weeks until baby number 3 comes, it seemed like the perfect timing. Aria is not that keen on dinosaurs and I was worried that the night would be too late for her, so we took a friend with us instead. 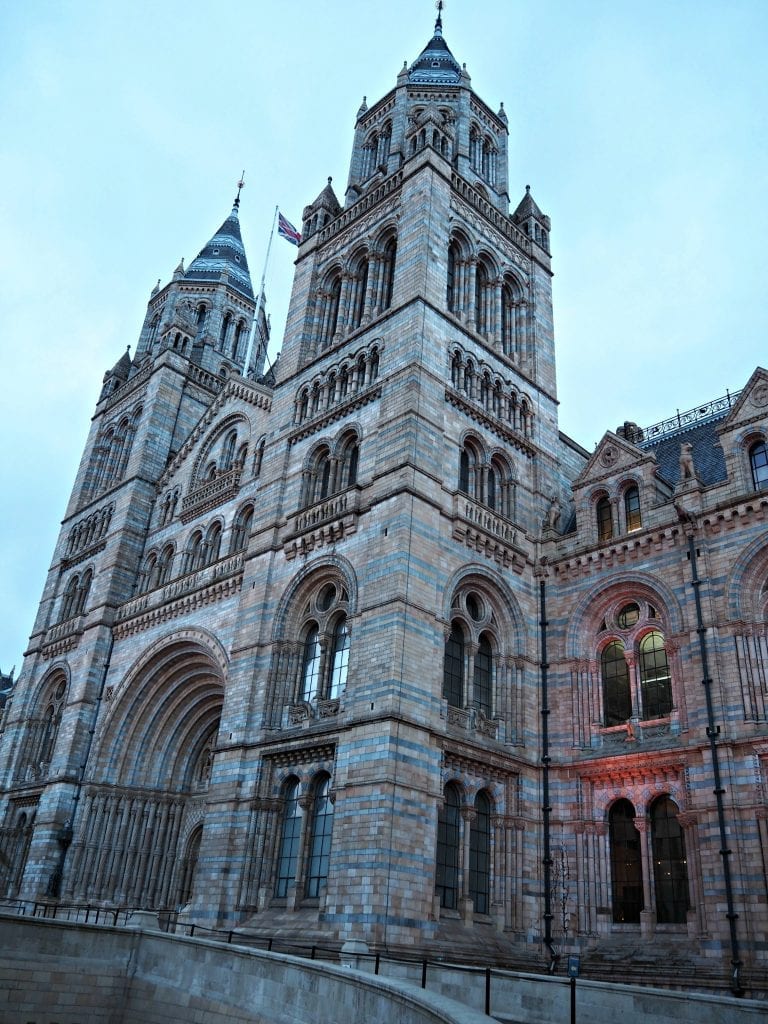 We had a terrible time with the trains, I think it being the Thursday night before the Bank Holiday being partly to blame, but by the time we arrived it was definitely worth the wait. There was something very special being one of such a small group of people in the museum. It really made you appreciate the stunning architecture of the building, but there was also just something breathtaking about the whole experience. I always knew Logan would love to go, but the whole evening just left him enchanted.

There were staff on board to answer any questions and to my inquisitive son this was the perfect time to ask as many questions he could about dinosaurs. He was able to hold a real dinosaur claw and tooth, but I think he was perhaps most impressed by the fossilised dinosaur poop! When he asked about ammonites, when there weren’t any on display, a member of staff really kindly when and got him one to look at and hold, as well as give him a lesson on how they were formed. 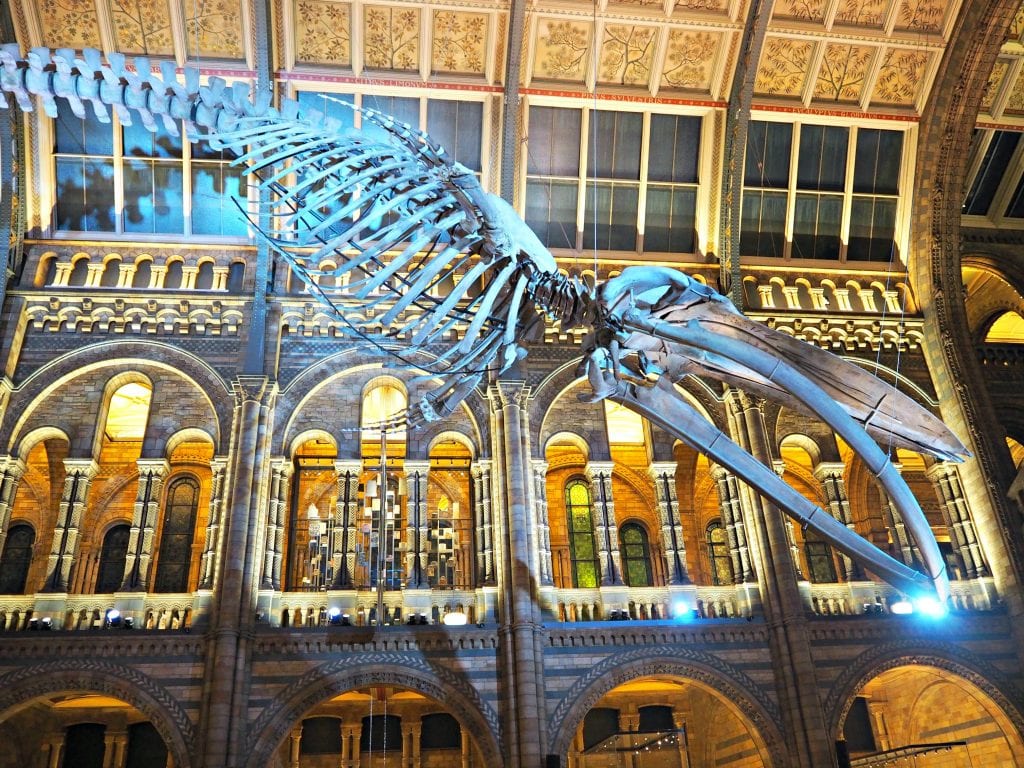 The main hall was simply stunning, I thought I would be disappointed not being able to see Dippy, and while, yes, it would have been nice to see him, the blue whale was pretty spectacular too. All lit up in blue lighting at night was a really nice affect as well. It’s crazy to think just how big whales are and was quite a humbling experience. 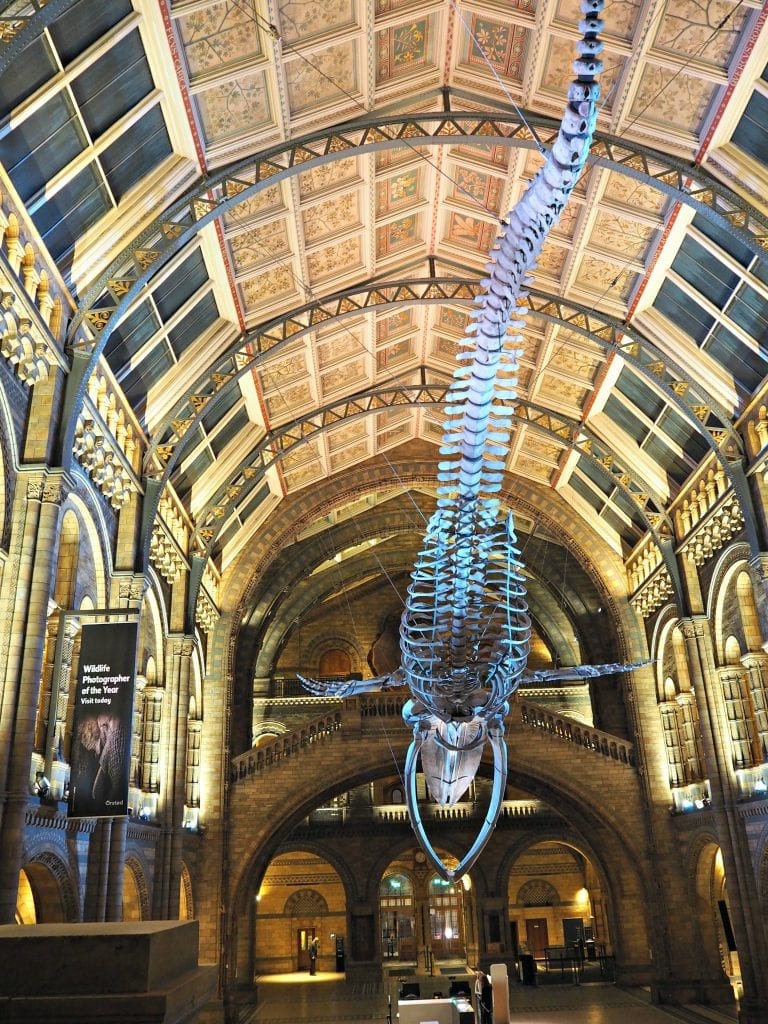 We were able to view the upper gallery while we were there, with its array of fossils and animal specimens. Logan particularly liked seeing the ‘jewels’ as he called them and when we were up there we were the only ones in the hall at the time which added to the cool factor I think. 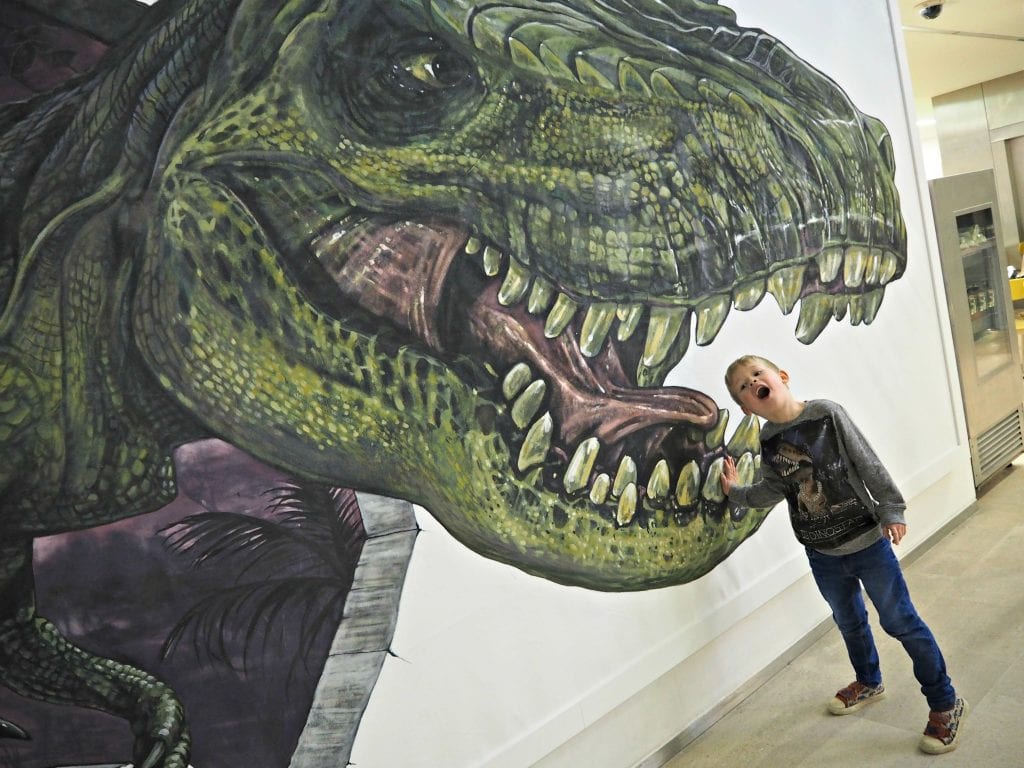 The above photo is probably one of my favourite photos of the night and we had great fun doing poses in front of it. The animatronic dinosaur was awesome and a bit more spooky when viewed at night with no one else in the room. 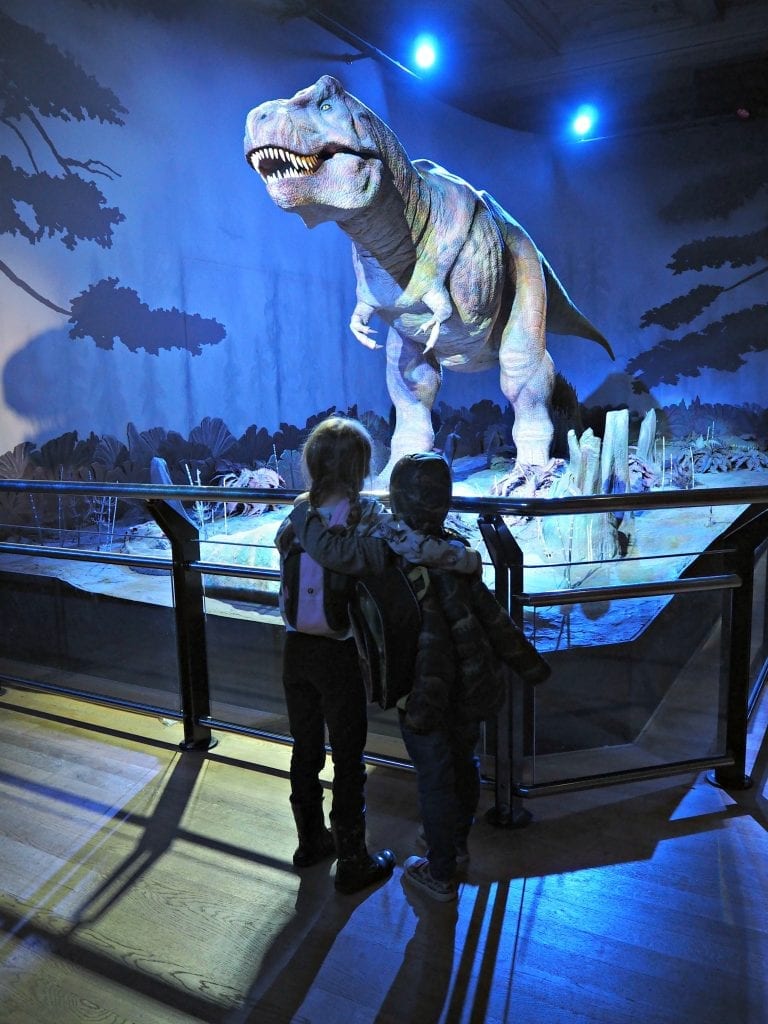 The best part of the whole evening was without a doubt the Dinosaur Gallery itself, with dinosaur bones, fossils and models. There was also interactive games for the children to play. It’s great to read about dinosaurs, but seeing them in the flesh and getting a grasp on just how big and amazing they were in real life is a different thing entirely. The whole trip was fascinating and fun. We wished we could have stayed there for longer. Being one of maximum 12 children in the place was pretty special for the children too. We will definitely be back and would love to visit the whole of the museum next time as I can see it would be a really fab day out for all of the family. 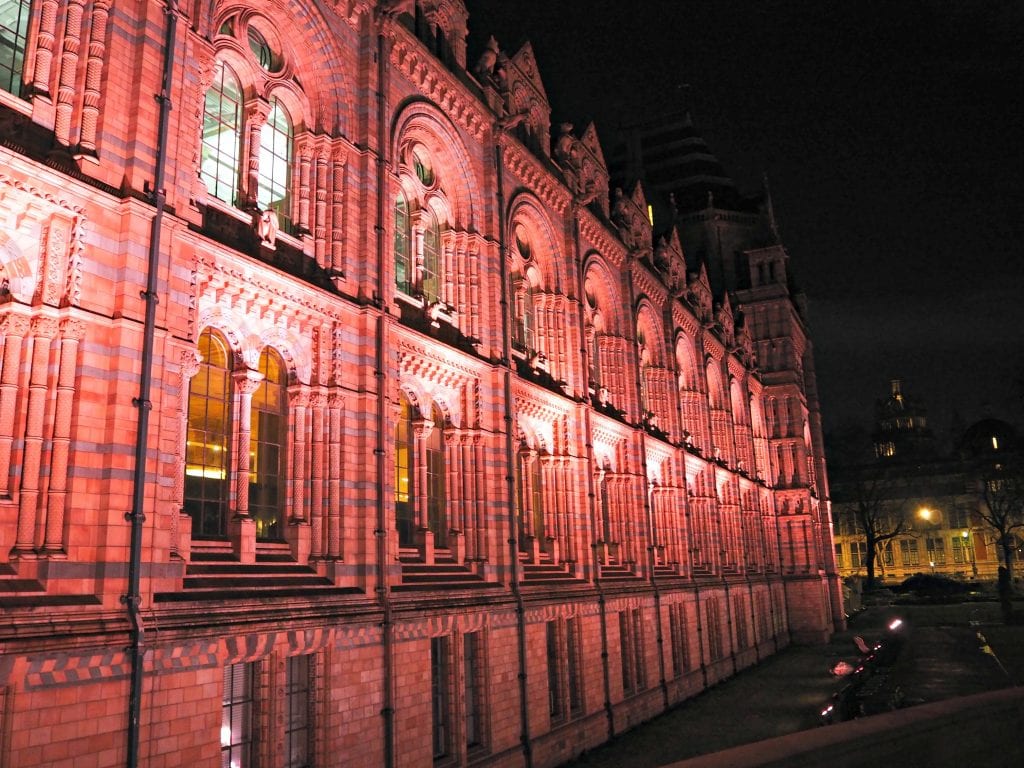 *Disclosure: We were invited to a private viewing of the Dinosaur Gallery at the Natural History Museum for the purpose of this post, however, all opinions are my own.

9 thoughts on “A Night at the Natural History Museum”