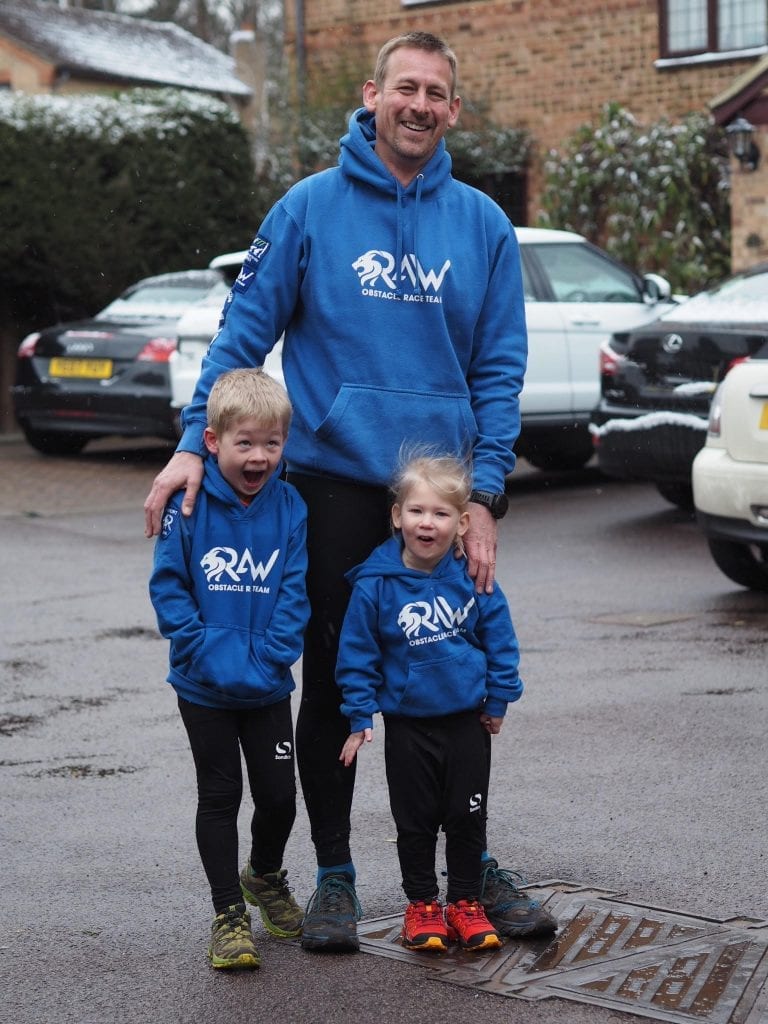 I wasn’t sure what having a daughter would be like. Logan was easy, I took all the things I thought were cool when I was a kid, and all the things I think are cool now and I did that stuff with him. It’s easy, he’s a boy, I can relate. Aria has been more difficult. She’s an amazing person but that basis of identification I have with my son isn’t there with her, so, in short, I don’t always know what she likes. She’s plenty tough but she also likes pink and unicorns, so I try and introduce her to stuff but I’m never sure how she will react.

One of the big things that Logan and I enjoy is running together, we’ve done it since he was about 3 and we’ve had some good fun. I’ve tried to gauge Aria’s reaction by taking her on dog walks and the results have not been positive. She’s not a fan of being cold and she gets grumpy if she has to stay out too long. For this reason I was pretty surprised when she kept asking to come out on runs with Logan and I. My first thought was that she might simply want to be involved in the ‘Daddy time’ that Logan gets, which is pretty reasonable, he’s at an age where we can do a lot of stuff together, from guitars to running to cooking and her opportunities are a little more limited. I decided to take her out for a taster run to see if it was something she’d get bored of quickly.

I was really happy to see that she seemed to have a great time, even though her little cute trainers kept coming off. Because I want to find stuff for us to do together I jumped on this a bit and got her some nice trail shoes and decent kit to wear. For relatively minimal cost it’s possible to get kid size compression gear and it means that the cold is less of a factor.

So yesterday we went for our first ‘proper’ run together, the two kids and my ever-dependable running buddy Florence. There was some initial resistance from Logan who got a little upset at having a sibling along for Daddy time but we got past that by letting him run up ahead and show off his elder brother running skills.

What was interesting was that seeing Logan jumping on and off bits of tree encouraged Aria (who can normally be reticent to do stuff like that) to do the same. We did have a few falls towards the end of the run as she got tired but she recovered quickly (which again is relatively unusual). It was a very special day for me because I love to run and sharing that with Aria as well as Logan added to the fun. I don’t know if Aria will want to do an obstacle race (she’s too young now and I learned with Logan not to rush) but right now it’s enough that we’ve found a shared hobby.