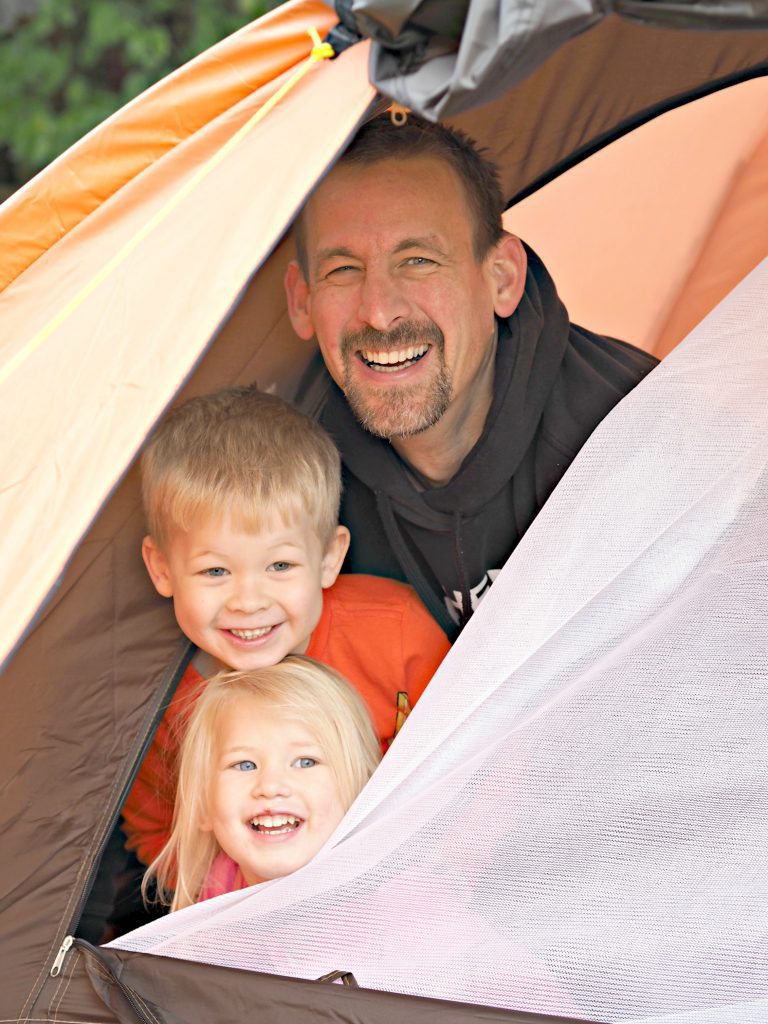 In my younger days, I did a lot of camping as a member of the air cadets. It’s fair to say that my wife is not so keen and so it’s not something we have done together. Now that the kids are older though I’ve been thinking about taking them for the odd weekend under canvas. For that reason, it was opportune that I got the chance to review the Trespass Ghabhar tent. The use case I have for now is pretty straightforward, light-duty camping for the kids and I every now and again and the odd weekend OCR trip. A long time ago if I was camping, the tent would have to go into my bag, that’s not the case here, the tent will be transported from house to campsite via car boot.

The Ghabhar is a 4 man-sized tent with the ubiquitous dome style. It consists of an outer flysheet, an inner tent and 3 flexible fibreglass poles. It’s pretty simple to put up and though I’ve got reasonable experience with tents I’d say most people could do it without hassle if they read the instructions. The RRP for the tent is £73.99. The price is a really important consideration with this tent as it packs a lot of punch for the money. 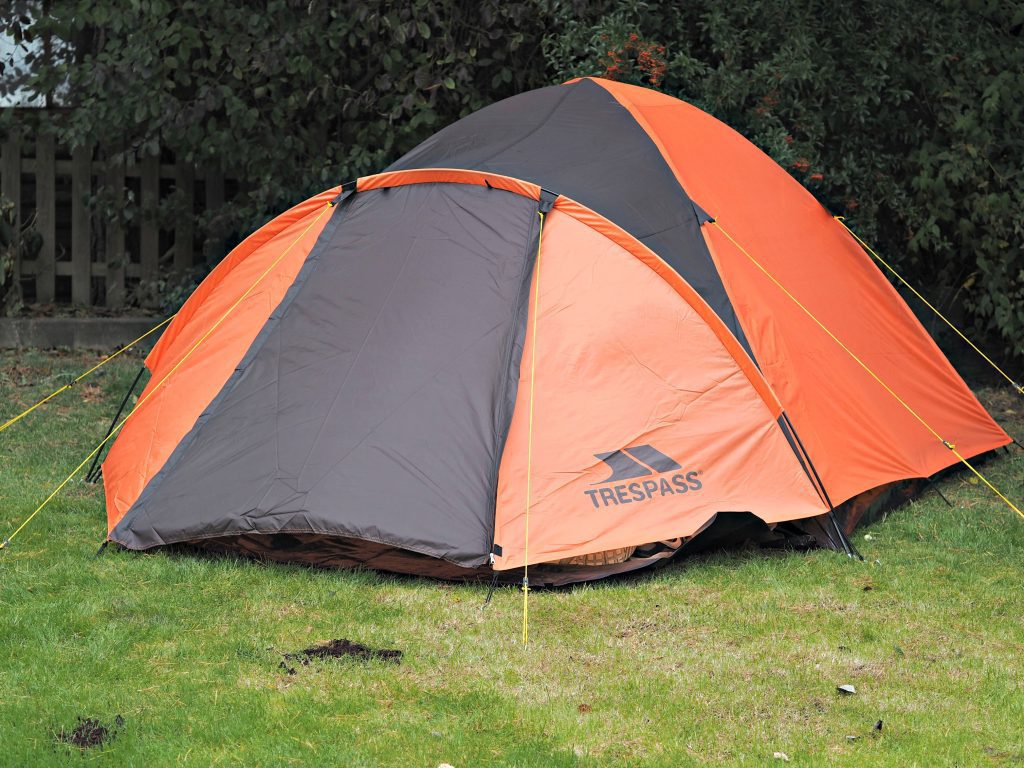 The Ghabhar is a summer tent for the most part. Tents receive a waterproof scoring based on the height of a column of static water that can be placed on them before the water starts to seep through. The Ghabhar is 1500mm which is considered adequate for UK summer but 3000mm would be recommended for all year round camping. Weight is really good at 4.3kg (I checked a Vango 4 man tent and another brand and they both came in over 7kg). I still think I would want something lighter if I was going to hike with this tent but that would mean either spending a lot more or having a smaller tent.

Putting up the tent, as I said, was easy. To take the pictures we put the tent up in the start of in relatively strong winds. Even with my two usual ‘helpers’ it was simple enough, though I had to remember to weigh down things I did not want blowing away. The one thing that was not ideal was that the inner sheet has to go up first. The base of the sheet, as you’d expect, was heavily waterproofed, but the upper part was not. The main waterproofing would come from the flysheet but putting this up second would mean that the inner would get wet if you had to erect the tent in the rain. In fairness, I had a dig around Amazon and you have to go some way above the price point to get to a tent where the flysheet is erected first. 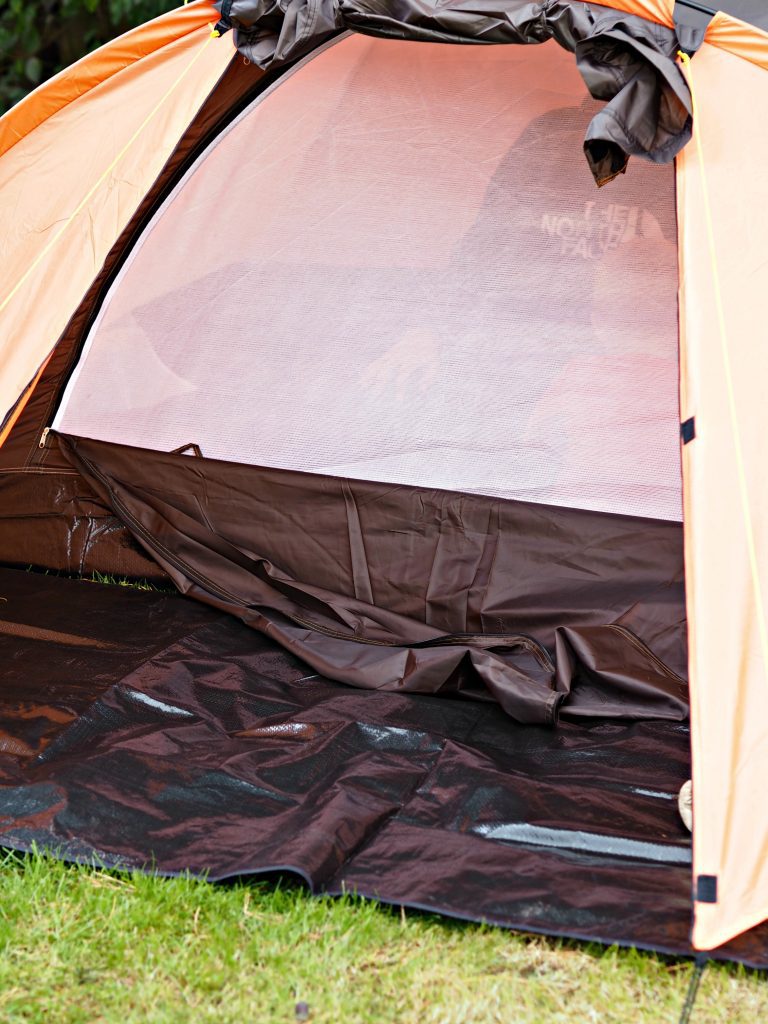 Inside the tent is pretty good. I would say that 4 adults would be very snug and I can’t see the porch carrying 4 persons worth of kit but 3 should be feasible. The height of the tent was fine, obviously, you can’t stand upright in it but then that’s to be expected. The features you want, like taped seams, are in place but frills like separate bedrooms are not. That being said, at this price point, is that something you should be reasonably expected? I don’t think so.

I liked the Ghabhar, for what I want (odd weekends away for races or with the kids) it’s perfect. The weight is fine, the feature set is reasonable and for summer camping it’s just the ticket. The only downside for me is the fact that you put the inner up first and I said before, to get past that you have to spend a lot more money.

Positives: Low cost, low weight, simple to put up
Negative: Inner to put up first, unlikely to fit 4 adults unless they are extremely good friends. 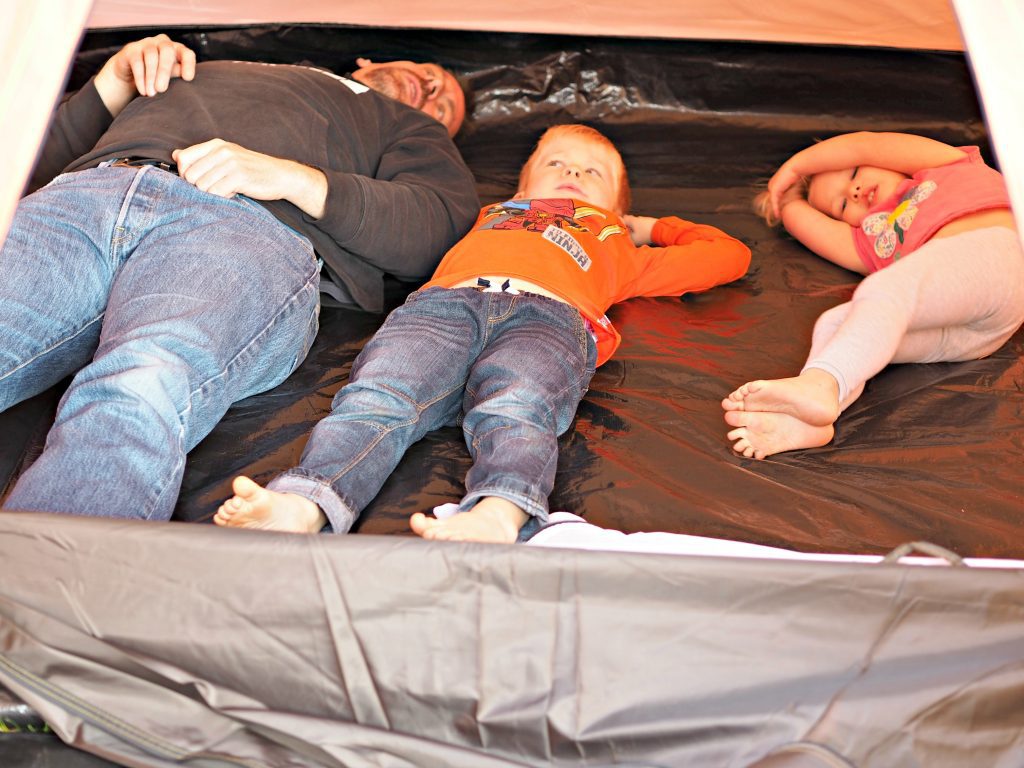 *Disclosure: We were sent the above tent for the purpose of this review, however, all opinions are my own.