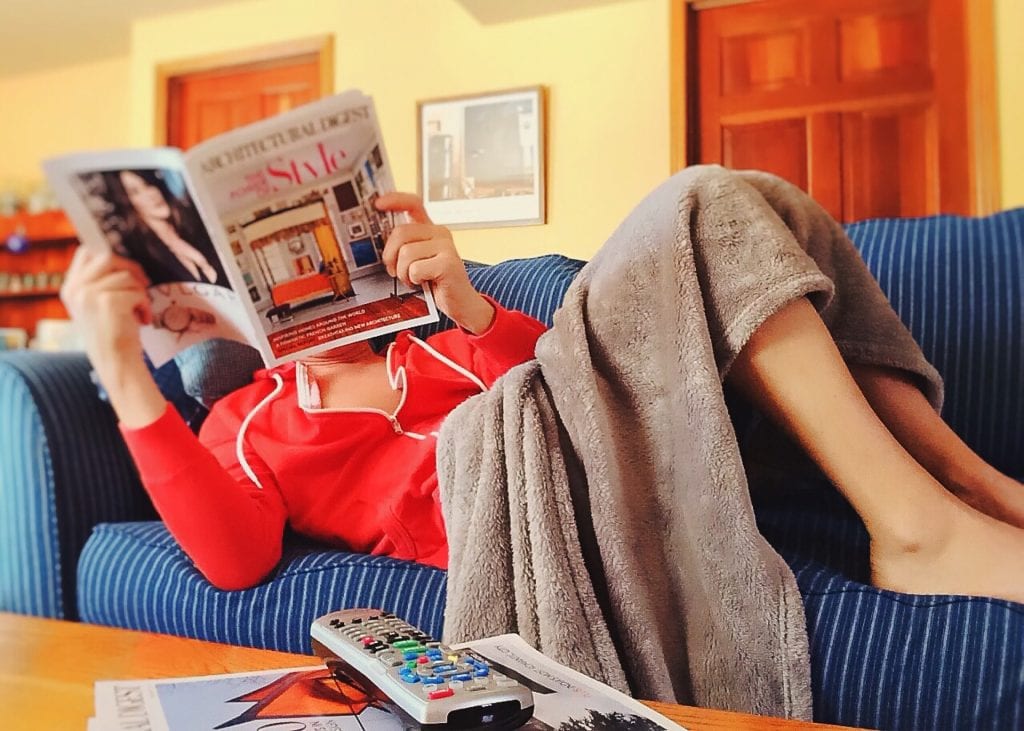 A Weekend to Myself

This weekend past, we were meant to be travelling up to visit my in-laws for the weekend as a family. The Friday before we were due to go, I had to get up early to put the washing on, starting packing a bag, get my son ready for his swimming lesson, get the things ready for a picnic play date I had arranged, reply to blog emails. Rush back home from our play date, pick up a present for a relative, fill the car up, put more washing on. Organise the children’s dinner, get them fed, bathed and ready for bed. Sort out the washing, finish packing. Tidy and clean up. After I got my children ready for bed I had a list of freelance and blog work to complete before we could go. But you see my body had other ideas.

The last two weeks I haven’t been well. The first week I had a stinking cold, part and parcel of being a parent. Then, just as I thought I was getting back to normal, I started getting severe stomach cramps. I’ve seen the doctor and we’re not sure what is causing them at the moment. I have some medication to take and I have been referred for an ultrasound.

So, as soon as I got back from taking my child out for a play date on Friday and had run my errands I came in and had to lie down. My stomach started cramping up terribly. I reached for the painkillers as the doctor had prescribed me some stronger strength codeine, but they didn’t touch the pain. I just had to ride it out. It was at this point my husband said I don’t think you should go with him and the children for the weekend and that I should instead have a weekend at home on my own.

After being initially feeling a mixture of annoyed and guilty, we both agreed it was a good idea. Saturday morning came, I watched my family leave, even the dog and went back to bed to sleep.

The house felt immediately so utterly quiet, no children’s voices, musical toys or even the clicking of dog’s claws on the laminate. It was eerie. My husband’s strict instructions before I left were that I was to do nothing. No housework, no work, just to rest. He had even emptied the dishwasher and the kitchen bin before he left. I can’t say that I have totally stuck to that, but I have rested. I slept until I have woken up, watched a gratuitous amount of chick flicks on TV, worn no makeup and spent most of the time on the sofa.

I have never had this much downtime and time to myself since before my son was born. Seeing as he will be 6 in October that’s quite a long time. My daughter has been having a lot of nightmares lately, so I actually cannot remember the last time I slept through the night. After a day I found that my stomach stopped cramping, I’ve started catching up on a few bits of work and jobs around the house – just a few bits I promise. But most of all I have put myself first for the first time in who knows how long.

I have also come to realise something, I very rarely have any downtime. I look after my children 24/7. I don’t begrudge them that, it’s what I signed up for, but I rarely get a break. Often when they go to bed, I work. Life is full on. I cannot for the life of you tell you when my husband and I had a date night, maybe two years. If we go out to dinner we go out as a family. But every now and then I need to set aside some time to change this.

I know I’m run down, I have ulcers all over my tongue which is always a sure sign. It seems crazy as we’ve not that long got back from a lovely holiday. But I guess we’ve had a lot going on lately, from the house move – which has been immensely stressful, to my husband starting a new job last October, it feels like we have had a rolling illness with the children since Logan started school in September, from a severe ear infection to chicken pox and bugs in between, and then there is the everyday act of juggling parenting and work, as well as a personal family issue that I have chosen not to share on the blog. Even on holiday, I was fielding regular calls from our estate agents about our chain which has been on and off again since June. We are meant to exchange this week, but who knows if that will happen.

What I have learnt this weekend though is my body can only take so much, and as much as I love my children and my family, somewhere in the midst of the busy and the madness I also need to carve out some downtime for me where I simply rest. I am also immensely grateful for my husband to giving me this time even if I am unsure as to when it can ever happen again, because I feel so much better than I did Friday afternoon and I have him to thank for that. that being said, as I am writing this I am looking forward to them coming home and giving me a a great big hug.

When was the last time you took some time out for yourself?

2 thoughts on “A Weekend to Myself”