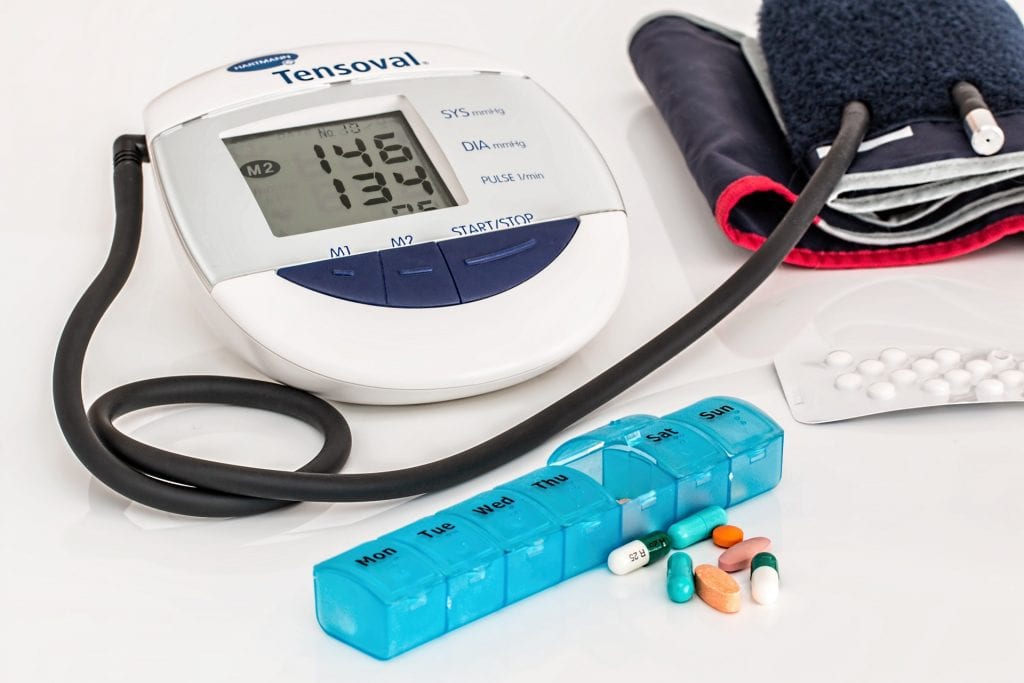 My Blood Pressure & Worrying About My Health

I was pottering about a couple of weeks back when I got a rather alarming phone call. I’d had some blood tests the week before and the doctor wanted to speak to me regarding what they found. The receptionist, while helpful, was not medically trained and could not tell me why the doctor wanted to speak to me other than that it concerned serum lipids. Some frantic googling ensued and I found that serum lipids meant cholesterol. I was immediately worried. For several years now I’ve been taking medication to control my blood pressure and having yearly check ups, but that has been with the nurse, I’ve never had to speak to a doctor before.

It’s true to say that I’ve not always looked after myself health wise. At times in my life (my early 20s when I thought, like most men, that I was pretty much immortal) I’ve been actively careless. I’ve see-sawed back and forth between fully clean no carb diets (good for weight loss, miserable existence, tired when exercising); through not caring (fun, weight gain); to where I am at the moment which is a good amount of cardio, and an OK diet, which means a all home cooked food but sometimes the wrong type of foods. Until the downsides to this have been gradual, a slowly expanding paunch and pull ups getting harder as the weeks go by, but here things were brought into sharp relief. Cholesterol is supposed to be something that old people worry about and while I’m 40 this month, that no longer feels that old. I was confronted by reality in a way that I found distinctly uncomfortable. That, combined with my annual blood pressure measurements tracking up into regions I really was not happy with made me feel vulnerable. I’m not really very good at vulnerable.

It says something about the way my mind works that my main concern was not the cholesterol itself, but the fact that it might mean starting to take a statin. Statins were widely touted as a cure all when first released showing massive reduction in patient cholesterol levels. Newspapers ran articles saying all men over age X should be taking them until the inevitable backlash. Reports of side effects as severe as permanent muscle wastage began to surface and the push to get everyone on statins abated. It was that exact side effect that was on my mind when I was thinking about the conversation I would have with the doctor.

I also fell into the trap I’ve fell into so many times before. Because I do a lot of exercise, it’s ok for me to eat what I like in whatever quantity. The fact of the matter is that this is less true as the years go on. There might have been a time when I could eat what I liked, but this time is long gone and it’s no longer just about having jeans that don’t fit.

As usual my worries were totally unfounded. Though the doctor did want to talk to me about cholesterol the conversation did not go straight to statins. Instead the doc supplied some useful lifestyle advice which I’m going to take on board. If I have to have a statin at some point in my life then I’m grateful because it’s better than cholesterol rated illness but if I can avoid that then I will for as long as I can. I like that the first option our doctors reach for is not medication. What was also good was that I was able to share my concerns around blood pressure and while checking my history and metrics, get a change in blood pressure medication. Hopefully the permanent headache I’ve had for the last few months will abate soon.

I don’t think anyone, man or woman, wants to confront the fact that their body needs a little more care and maintenance but it’s a fact. It doesn’t matter how far I run in the mornings, I still can’t have burgers for breakfast (anymore). As ever I just need to get a little better at reducing the gap between how life is and how I’d like it to be, because therein lies happiness.

1 thought on “BEN’S ZONE: My Blood Pressure & Worrying About My Health”