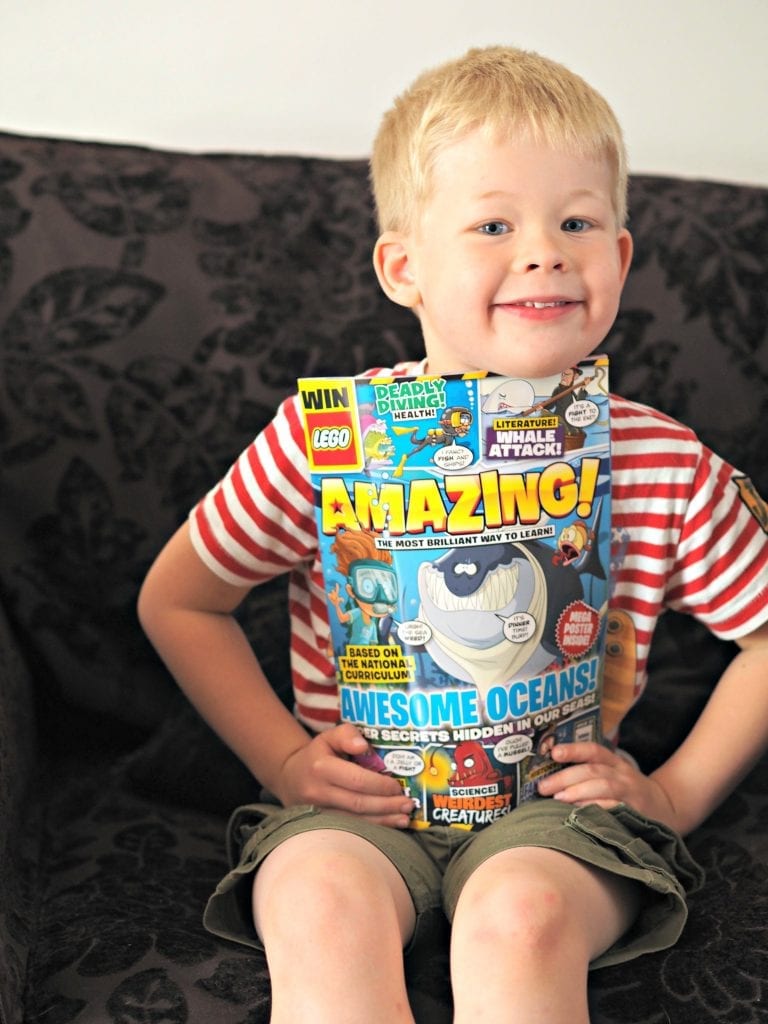 This month we have been approached by the maker’s of the children’s magazine Amazing to review it. Amazing magazine is an educational children’s magazine aimed at children aged 6-11. It’s based on the National Curriculum and covers lots of subjects – the edition we have been sent this month is ‘Awesome Oceans’ and is all about the world under the sea. But looking on the Amazing website there is also lots of fun titles – from Super Planets and Gross Bodies to Valiant Vikings. 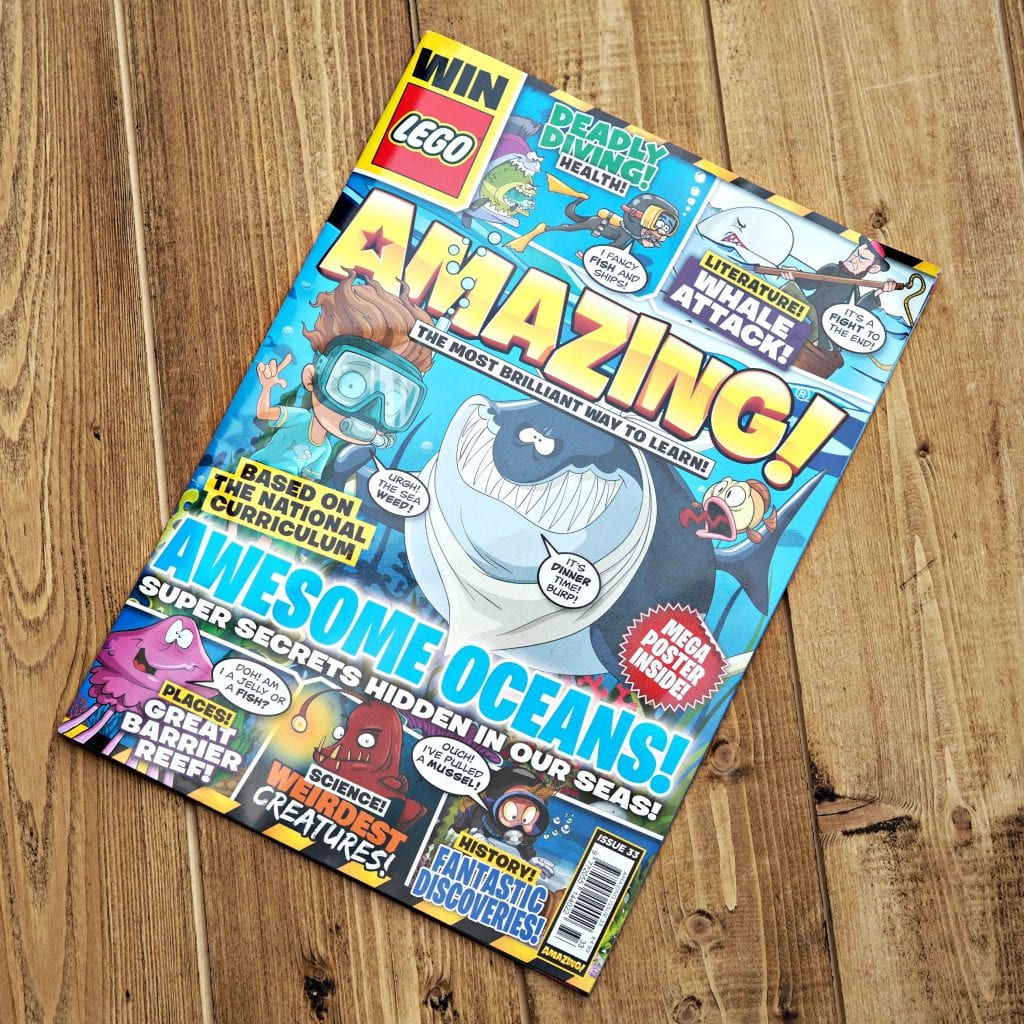 When we first received the magazine I wasn’t sure if it would be too old for my son – who is 5. However, he is doing really well with his reading at school, so I thought I would just leave it with him and see how he got on. 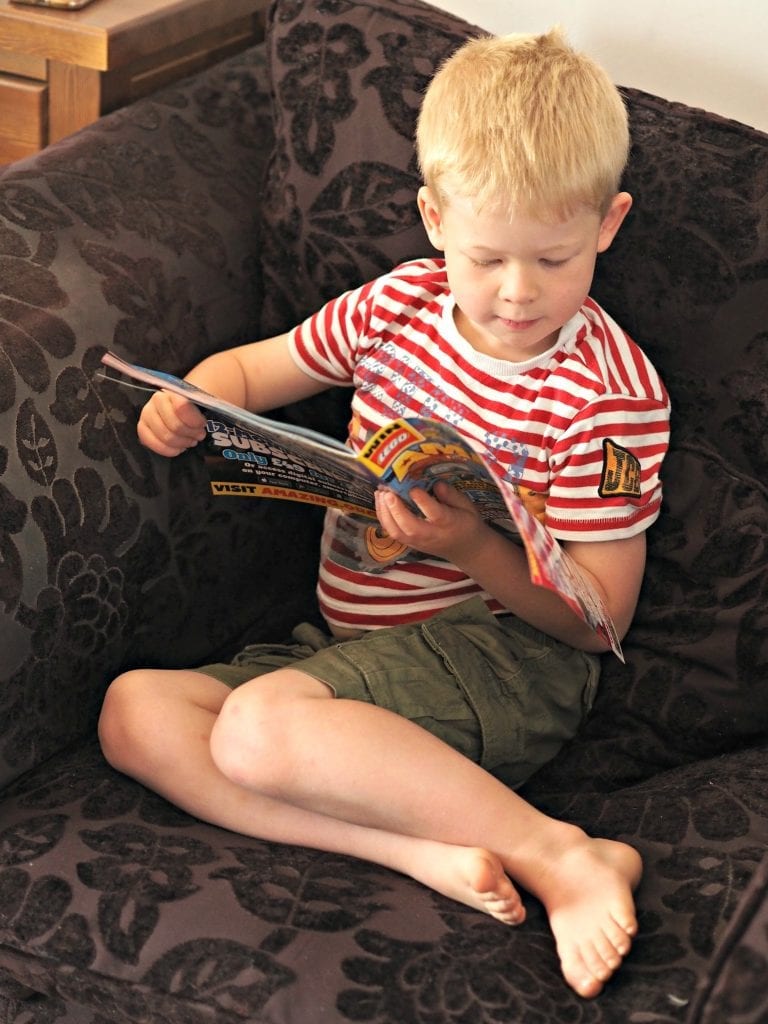 The magazine incited much excitement and he couldn’t wait to get his hands on it. He immediately sat down and started leafing through the pages. What really surprised me though, was how much he has kept going back to the magazine to read it. Often magazines get discarded after the free toy has been claimed. But he has regularly sat down with it, looking through all of the pages, asking me to help sound out words if he came across any he couldn’t read on his own.

The magazine is clearly educational, but it is portrayed in a fun way, with lots of cartoons and comic books writing that makes it appealing to children.

He particularly loved all of the little facts and tit bits of information. He spent most of last weekend telling his Dad and I all sorts of facts about sea animals – for example did you know that male emperor penguins look after the eggs and the Mum hunts? Which led to an interesting discussion on the roles of Mums and Dads. Or that the most poisonous octopus is the blue ringed octopus? It has also opened up a whole new fasciation with sharks. He’s even told me he might take it in to show and tell at school this week as they are covering animals at the moment. 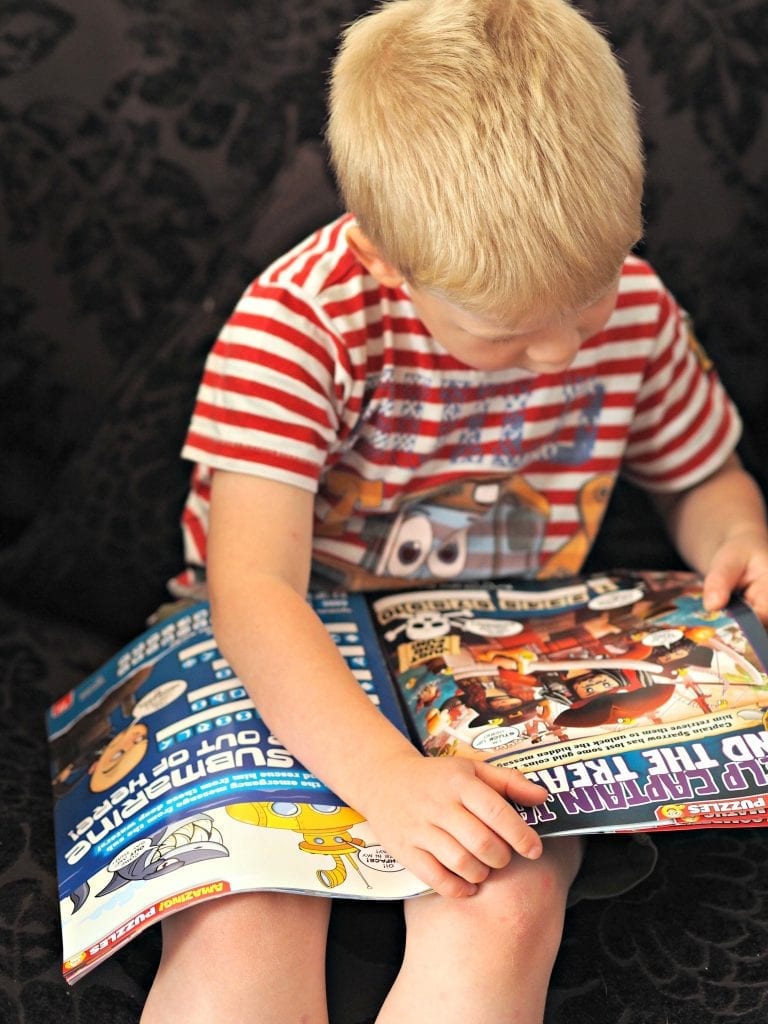 I’ll be honest, this is probably not the sort of magazine I would have picked up and bought Logan from the shops. He usually gets seduced by the free gifts, which we all know are just tat really.  But it is the first magazine I have seen him sit and devour page by page. He’s genuinely interested in all of the information inside it, and keeps repeating the it back to my husband and I with real interest and animation. So even though this is not something I would have bought previously, having seen the enjoyment he is getting out of it, combined with how educational is it, if we weren’t already being sent a subscription for this magazine I’d seriously consider buying one for him now. I would definitely recommend this for school age children.

*Disclosure: We were sent a subscription to Amazing magazine for the purpose of this review, however, all opinions are my own.