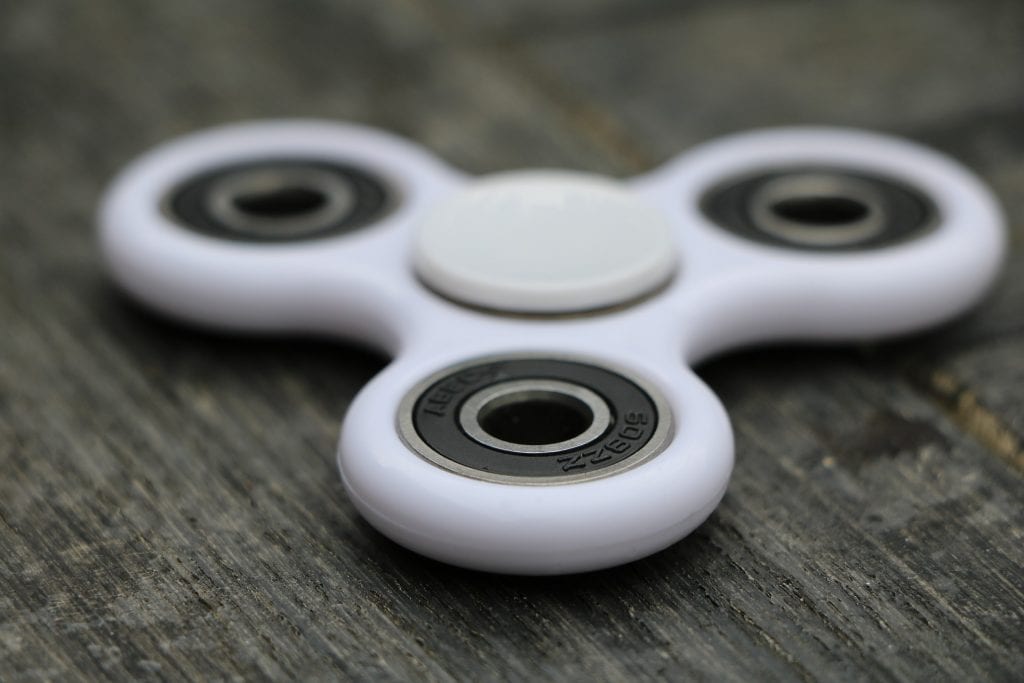 Fidget Spinners – Do You Love or Hate Them?

I’m really not sure how, but both of my children seemed to have missed the fidget spinner craze. At 3, my daughter is too young, but a 5 and in reception I have been waiting for my son to come home and ask for one. But as yet, he’s not even mentioned them, let alone ask for one. I did witness his teacher saying to a parent that they were banned and their child was not allowed to bring them into school thought, so I know over children in his class have them.

Fidget spinners were originally created for children with special needs. Particularly for children with autism of ADHD, the idea is it can help them focus. But with their spinning and flashing lights it hasn’t taken long before they are favourite for children everywhere.

I know they have caused some controversy in some schools, with quite a few banning them. and a lot of parents have a love/hate relationship with them. But there always is a new toy of the moment on the block and this summer it seems to be that the fidget spinner is winning. I remember the Rubik’s cube of the 80s and they still bring a small smile to my face, even if I could never do one!

I asked a couple of other parenting bloggers why they like these newly popular toys and this is what they said:

Stopped the arguments and whinging on a recent long car journey with my two kids who are 4 and 7. Winner for us.

My son has always had a problem fiddling with anything and everything with his hands when he is reading which causes a problem with his concentration, learning and memory of new words. Since getting a couple of fidget spinners for him he now sits still, doesn’t grab anything else or fiddle with toys which ends up with him wanting to play rather than read. He spins a fidget spinner on his finger which seems to relax him and gives his whole concentration to reading. A big win for us.

Have you got one for your children?

3 thoughts on “Fidget Spinners – Do You Love or Hate Them?”