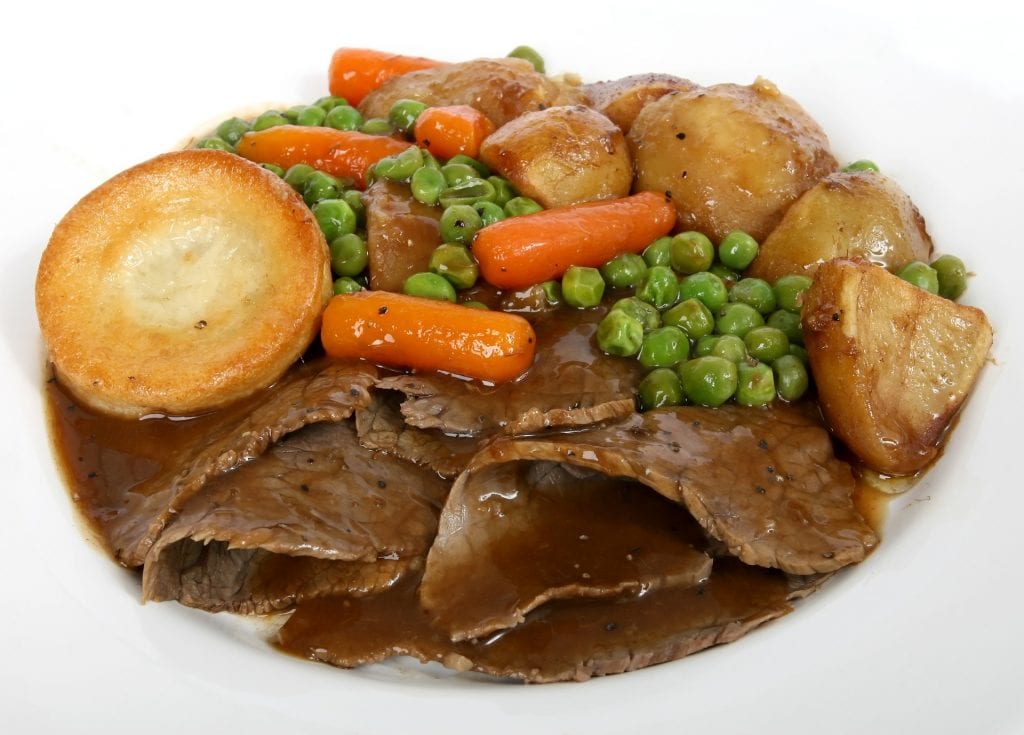 Why Roast Dinners Are Rubbish

Often, Sunday afternoons find me in a somewhat capricious mood. I like to take to Facebook and post the odd status intended to elicit a reaction from people. A few weeks back I posted the following:

“I’m going to say it, even when done well, roast dinners are boring and the last refuge of an unimaginative cook”

I can’t say, in truth, that I was surprised to get a reaction, that was after all why I posted it, but I was surprised at the level of vitriol that came back my way. In the end I turned off notifications on the post but I thought it was an interesting topic, so I’m going to use today’s post to expand on my reasoning.

To be clear, I don’t dislike all roasts all of the time, but I do find the tradition of a roast every Sunday utterly boring. The notion of eating what is effectively the same meal, week in, week out is something I actively dread. I love cooking for my family and the process of thinking up a nice meal to have and cook at my leisure on a Sunday is one I actively enjoy. I’m not averse to a roast once in a while and it’s a must for me at Christmas, but every single week of the year? I’d fall asleep.

Roasts are also quite tricky to do well. There is an element truth to the saying that it’s all about timing but, as with everything simple, roasts have to be done extremely well to be a success. That means all the small touches being in place (Yorkshires crispy outside, soft in the middle, meat juicy and flavoursome, gravy on point) and so it’s not, for me, a meal I can bang in the oven and forget, it’s a host of small jobs that need to take place with the upshot being that I spend 3+ hours cooking. Roasts are cursed by their very simplicity, if the meat isn’t right you’ve pretty much failed, if the gravy isn’t right then you might as well bin everything and go down the chippy. And don’t even think about gravy granules, there’s more flavour in emulsion paint that’s had brown food colouring mixed in. Truth be told I don’t always make my own stock but even if I get out of that particular chore the gravy base requires a devils brew of ingredients to get things tasting just so.

Roasts are also too heavy. Whether you have them at lunch time or for dinner the next 3 hours are spent trying not to move too much while digesting a massive lump of meat and starch. Ok, this is fine in the winter when there’s little to do outside, but in summer I want to be out enjoying the weather. I most certainly do not want to be inside on the sofa trying to digest half a pig and a fields worth of potatoes. There’s no good reason why a Sunday meal can’t be flavoursome and special as well as being light, there’s simply no need to eat a full roast weekly. I accept that in times past, a large joint would form the main meal on a Sunday and then provide the protein for the meals during the week but does anyone actually do this anymore? Are people really making shepherd’s pie from the remains of the lamb roast from Sunday? I think not.

The final reason I don’t like roasts (that I’ll list here, believe me I could go on) is nostalgia. When pushed on why ‘the Sunday roast’ is so important most people revert to some woolly argument about it being some centre point of British culture. And there you have it, we eat roasts because we have always eaten roasts, it’s not because they’re a good meal or enjoyable or even economical, it’s because it’s a tradition and like a lot of our culinary traditions it’s a bit rubbish. Just like the ‘full english’ it’s a metric ton of cheap, badly prepared meat served at a an inappropriate time. If the roast is so good, why are we the one nation on earth that eats it? Even the Dutch don’t eat roast dinners and they are pretty much the world experts on cooking food until it’s grey and inedible. I can’t stand traditions venerated simply because they’re based on some sense of spurious nostalgia, it touches something very deep and iconoclastic inside of me which forces me to rebel. It’s not central to British culinary culture, it’s not even the thing we do best. While occasionally a roast can be just the ticket, if you’re eating one every week you need to get a bit more imaginative.

4 thoughts on “BEN’S ZONE: Why Roast Dinners Are Rubbish”