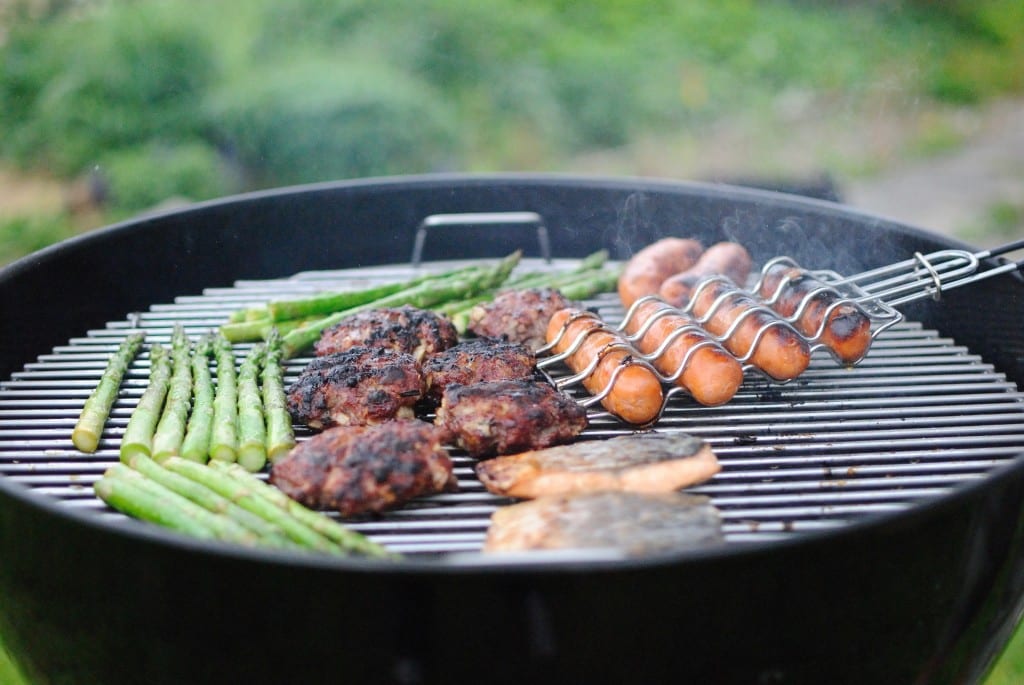 I’m a huge fan of the barbecue. I’ll barbecue at all times of the year, in all weathers and there are few foods I don’t consider improved by a touch smoke in the taste. Over the last few years barbecuing has really captured the zeitgeist with many restaurants popping up specialising in char cooked food, it’s great. My journey into advanced barbecue was started when my cousin bought me a copy of The Barbecue Bible by Steven Raichlen, a chef trained in classical French method who turned his hand to the grill. I like to think I’ve done a fair bit with my humble Weber. I’ve smoked my share of brisket, I’m a fan of the ‘Texas Crutch’ when making pulled pork and my grill has, figuratively, toured the world from Thailand to Brazil and back via the Southern US, I like the variety. So, when driving home listening to ‘The Kitchen Cupboard’ on Radio 4 I was excited to hear the subject of barbecue come up, but was then disappointed with the responses. Jay Rayner, whose restaurant reviews I love to read, lauded the arrival of ‘proper’ barbecue where foods are cooked low and slow and the impending banishment of the ‘boring’ British barbecue style of ‘burgers and sausages’.

Now I’ll admit, the prospect of badly cooked tubes of gristle and cheap greasy burgers does nothing for me either but this isn’t to say there’s anything fundamentally wrong with the concept. While the ‘low and slow’ method of barbecue produces mouth watering results, it also has flaws. It means you can only really cook one thing, or perhaps two if you choose two meats for hot smoking. It’s not possible to mix the indirect style of grilling required for pulled pork and the like with the sort of direct grilling you use for smaller pieces of meat. For the uninitiated, direct grilling has the charcoal or gas directly under the meat, indirect has meat sitting in a heated volume with woodsmoke for a more oven like cook. Another issue with low and slow is the time taken to produce edible results. The last time I did a ‘Boston butt’ for pulled pork, the cook itself took 14 hours, this is before we even include time taken for the coals to heat and to pull the meat after. Simply put, unless you’re nocturnal it’s difficult to pull this off for a lunchtime get together.

So the low and slow method isn’t without disadvantages, but why then should we look at the British approach as advantageous? Well, first, by presenting a number of directly grilled courses over an afternoon, rather than one central dish, you extend the barbecue from a single meal into an afternoon of lazy grazing; perfect for hot summer days. Is it just multiple dishes though? Of course not, while I will always suggest throwing in some international colour (I’ve put a couple of suggestions at the bottom) there’s nothing wrong with burgers and sausages as long as you buy good quality. I remember being mortified at one barbecue when I’d spent a long time making some really great dishes only to find that for one, quite picky, guest they were virtually all inedible for one reason or another. Unless someone is vegetarian (and you need to know this in advance to prepare suitable alternatives and have a meat free grill going) most carnivores like sausages and burgers. Finally, with a good selection of breads, condiments and additions, sausages and burgers allow us British to be different, but not too different.

So, in conclusion, if you have a single meal to prepare for, go low and slow by all means. Pulled pork with home made BBQ sauce and a spicy paprika rub is sublime in a deli roll; likewise, brisket with a nice pink smoke ring sits well with sourdough, mustard and pickles, but, if you need to entertain all afternoon long, going Brit style is best.

Use disposable wooden kebab sticks soaked in water so they don’t burn. Ideally use the small false fillet on a chicken breast (keeping the chicken for later use or shish kebabs perhaps). Mix the following ingredients together and marinade chicken for 1-2 hours.

Take a whole pork fillet and remove any sinew, slice into 1cm slices and flatten by beating gently with a rolling pin or meat hammer.