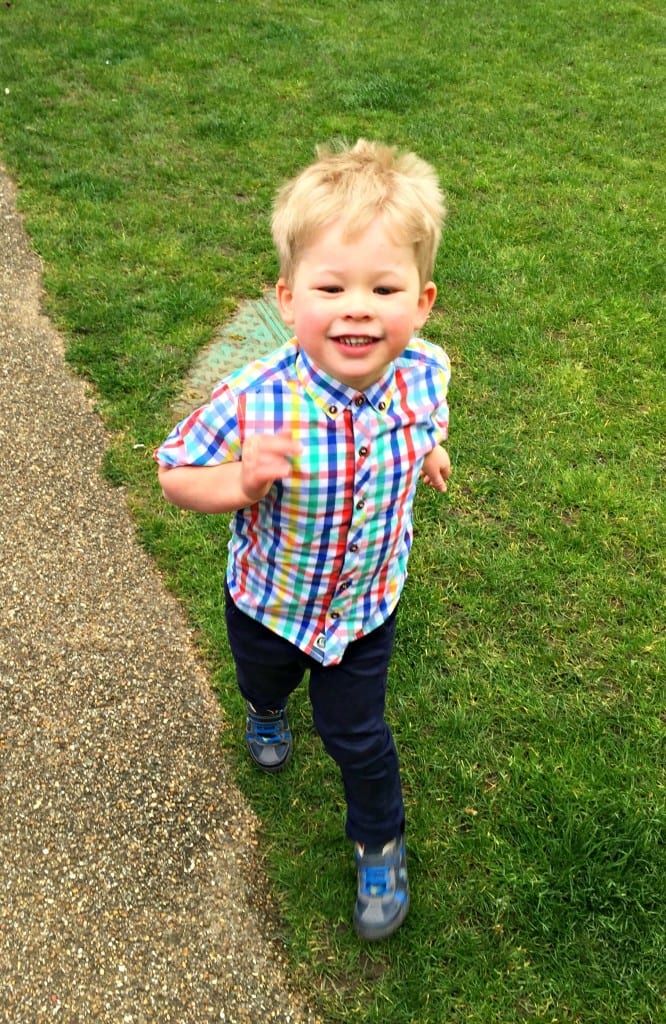 I have been really super pleased recently as for the last few weeks, once a week I have been trail running with my 4 year old son, Logan. I’ve blogged a number of times about exercise and obstacle racing but it’s trail running that forms the core of my training and is also a key component of keeping myself feeling happy and well. I love to run and find that doing that in a natural setting causes me to engage with my environment rather than tuning out. I’ve long since given up listening to music as I find that it creates a barrier between myself and the environment I want to be closer to. Variations in terrain and conditions mean that I find it more technically challenging, although the softer ground means I suffer less impact injuries trail running than on the road.

I’d like to say it’s because I set such a shining example that Logan is so keen to join me but in reality I think it’s a lot more to do with The Flash being his favourite superhero. I may have even bought a Flash running top for the purposes of impressing him on our runs. Truth be told though, I’m just glad to be out there doing what I love with the boy.

Running with a 4 year old is an interesting experience if only because it is so different to running solo. Whereas I tend to stay silent as I run, with Logan I’m treated to a near constant dialogue including question after question about our environment, technique and whether he is going the same as, or faster than, the Flash. Initially I kept the runs really short but I found that this was quite unnecessary. Early on in our runs together I saw that while we have to keep the pace sedate (he only has little legs) kids can cover quite reasonable distance. He has no trouble running 2 – 3km runs without getting bored or over tired.

I try and make the runs as enjoyable and interesting as I can so I plan routes that include lots of natural obstacles. With the obstacles I try and bear in mind that what might be a minor distraction to me (felled tree, ditch to jump) can be a major undertaking for him. The most important consideration seems to be finding obstacles and terrain that he can deal with himself without asking for help. This builds a sense of achievement and confidence in his abilities.

I don’t know how long Logan will want to come trail running with me for, maybe it will last to the end of this season of the Flash, maybe longer. What I do know is that by choosing the right pace, the right routes and emphasising the fun aspect it’s something we both look forward to doing every week.