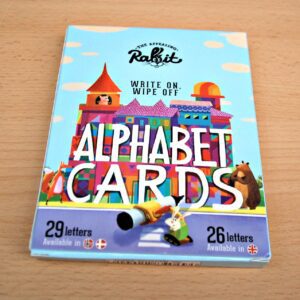 The Appealing Rabbit very kindly offered us their Alphabet cards to review. The cards are designed to help children learn to write and are a really fun idea.

Each card has lots of fun pictures on and then within the pictures is a letter, which a child can then trace with a white-board style pen that can be wiped clean afterwards. 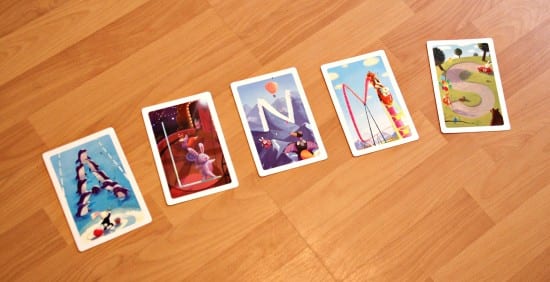 Before I start this review I shall state that my son is 3.5 years old – he will be 4 in October. So I guess he is on the younger side of learning his letters. To date we have done letters a little and he has done letters at pre-school, but he has been more interested in numbers. Given his age I have been quite relaxed about the whole thing and let him set the pace. 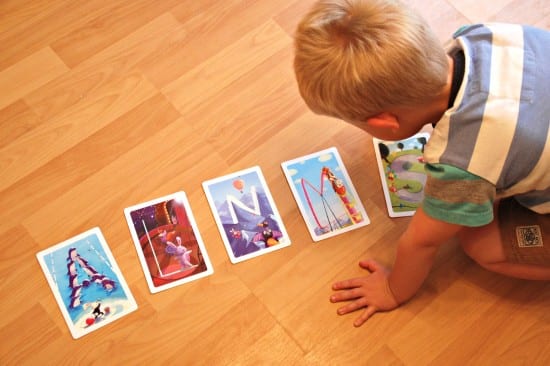 When I introduced the cards to him, I said that they were a game and that got him into the idea immediately. We looked at the different cards and talked about what was happening on each card and what animals were on the card and what letter it was. He delighted in telling me that rabbit was doing something silly or where the fox was hiding and was rather fond of the car with the digger on.

After we had talked through the cards, I then asked him if he would like to have a go at writing the letter and showed him how it was done. He was surprised that he was allowed to write on the actual cards, but I suspect that might have been part of the appeal. He also enjoyed rubbing off the writing, as much as writing the letters.

You can also make the cards into a competitive game – a point for every time the child gets the letter right, a point for the parent when they don’t. But, I didn’t do this as I thought my son was a bit too young and was enjoying it as it was. 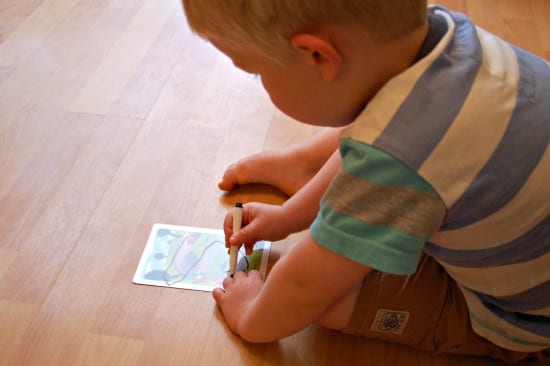 The game definitely captured my son’s attention and is a great idea. However, there was one big down side for me and that was that all of the letters were in upper case. I have been taught that you should teach children lower case letters first, and this is what my son’s pre-school advise too. So the cards were ok for letters such as O and S which are the same for upper and lower case, but when we got to letters such as A, my son was pretty baffled. In the end I took those cards out of the game. 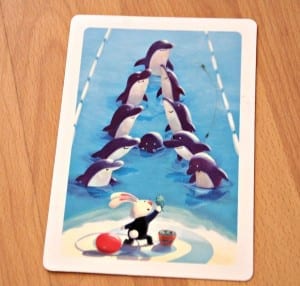 I wonder if perhaps my son is a bit younger than the cards are actually intended for. But the lack of lower case letters ended up being a real problem for us. Which is such a shame as my son really and honestly likes the card game and has asked if we can play it several times, but I find I can only use it with the cards that have upper case letters that are the same as lower case. I am hoping as he becomes more competent with his writing and starts to learn upper case as well as lower case letter that this game will become more effective.

This is a really fun idea and I do think the cards are great. It really is such a shame there are no lower case letters in them.

*Disclaimer: The Appealing Rabbit sent us these cards in exchange for an honest review.*